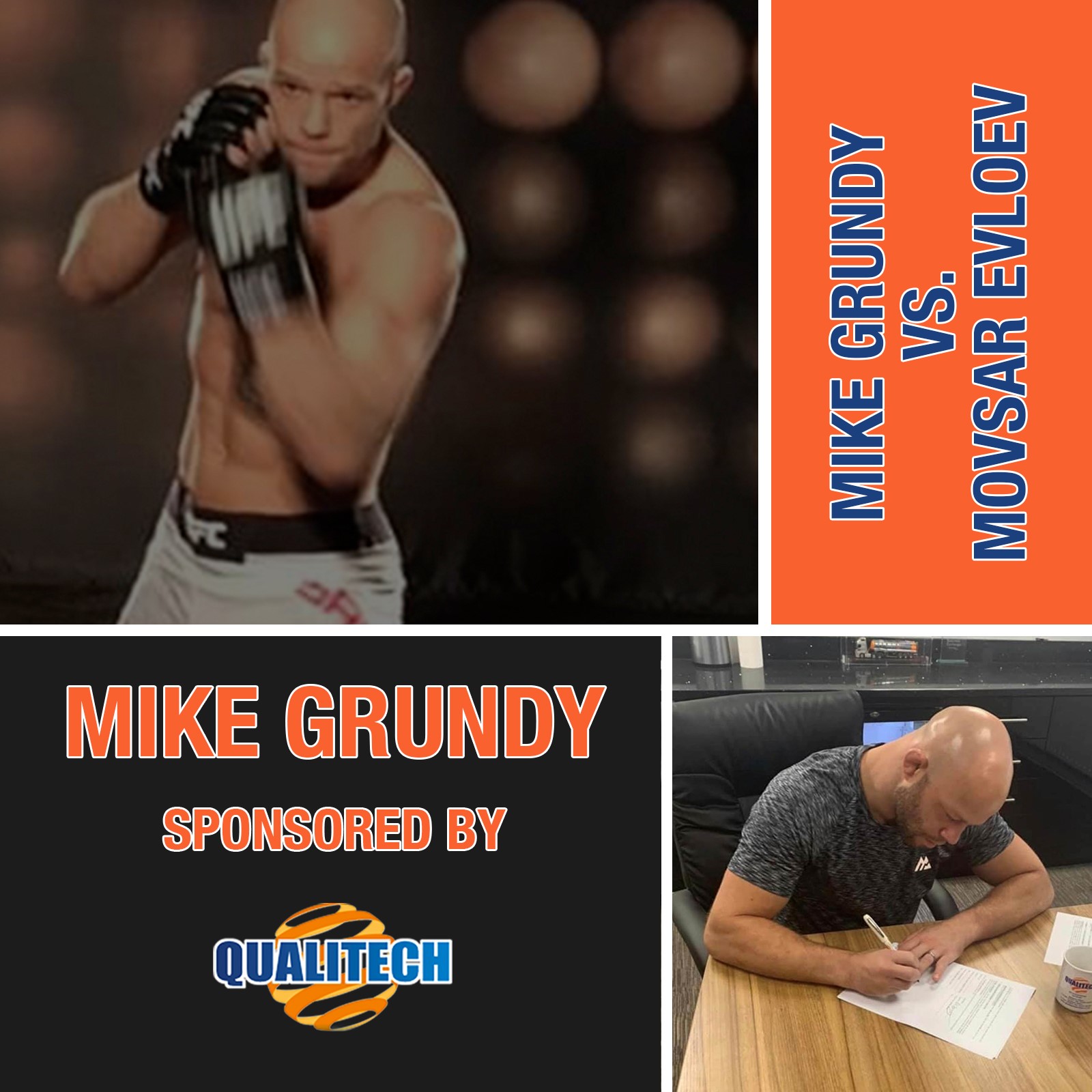 A medal-winning Lancashire wrestler who is now making a big name for himself in the tough world of mixed martial arts is being sponsored by Qualitech Environmental Services. Mike Grundy from Wigan used to be an international wrestler who represented England and Great Britain at both junior and senior levels. His greatest success came at the 2014 Commonwealth Games when he won the bronze medal.

Mike (@MGWRESTLING) has had 13 fights in mixed martial arts’ (MMA) featherweight division which have ended in 12 wins, including one knockout and eight submissions. He’s lost just once.

Mike’s next fight will be against Russian Moysar Evloev and it’s going to be a tough contest as both have won 12 professional bouts.

Mike, 33, can’t wait to get back in the ring after previous bouts were cancelled due to injury and then the coronavirus crisis.

Mike had been due to fight Finland-based Makwan Amirkhani at London’s O2 in March but that became the first UFC event to be cancelled due to the coronavirus crisis. Amirkhani is rated 37th in the world in the MMA featherweight division.

July is the second time Mike has been scheduled to go into the ring against Evloev. He was due to fight the 26-year-old in August last year but that had to be cancelled after Mike suffered an injury. Evloev is rated 36th in the world in the MMA featherweight division.

Mike hopes victory in Abu Dhabi will push him high up the rankings and he’s made no secret of his desire to be the very best in his weight division.

“I want to be the featherweight UFC champion and I do believe that will happen one day,” he said. “I’ve had 13 MMA fights and taken no damage really.”

UFC made a return with behind-closed-doors events in Florida and Las Vegas but travel restrictions in America prevent many international fighters from entering the country to compete, leading to the UFC setting up the ‘Fight Island’ in Abu Dhabi where fights can be staged.

Mike, who fights out of the Team Kaobon (@Kaobonwigan) centre of combat excellence in Wigan, has adapted his training regime during the COVID-19 lockdown. His fitness sessions also involve wrestling and pad work with his 15-year-old son, Jack.

Mike owns his own gym, Elite Fitness Factory (@EliteFitnessFactory), in Wigan. Its ethos is fitness for all the family and includes everything from weight training, boot camps, boxing, wrestling and MMA through to classes for young children aged three to six.

Qualitech Environmental Services are experts in waste treatment and recycling of materials produced from chemical and manufacturing processes and are one of the UK’s leading companies at deep-cleaning commercial premises. The coronavirus crisis means they are now deep cleaning sites so staff can return to work, safe in the knowledge the premises are totally hygienic.